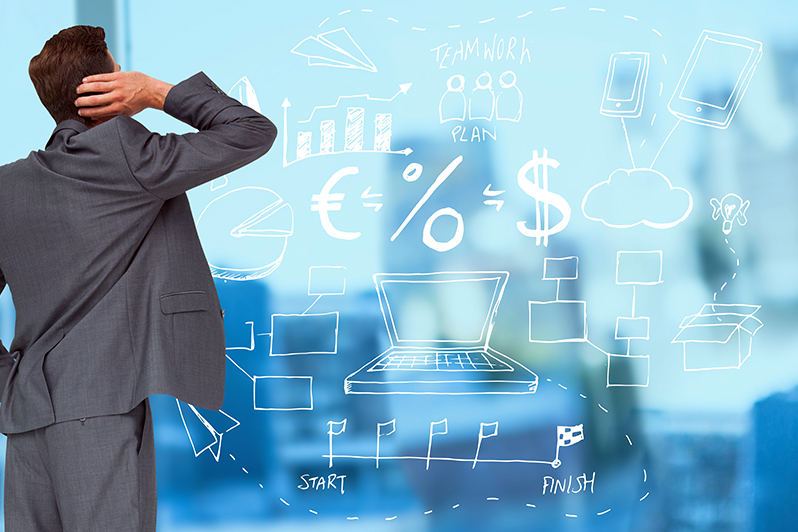 This article describes how to identify cash-generating units (CGUs). We cover how Audit firms in Dubai & UAE assign assets and assign goodwill. An impairment review’s results can be significantly affected by identifying CGUs. However, identifying CGUs requires judgment. It is also possible that the CGUs determined by an entity may change as its operations change, or the way it conducts them may change.

In an impairment review, the CGU has two primary responsibilities. They include:

Dubai company audit professionals perform impairment testing on goodwill and corporate assets. They must allocate to a CGU or group of CGUs.

To identify CGUs, financial audit experts need to identify the smallest identifiable group of assets that generates independent mainly cash flows. Identifying CGUs at the lowest level is crucial to minimize the likelihood of masking impairments of specific assets or groups by high-performing assets. An entity in Dubai & UAE identifies a CGU by asking two questions:

Identifying CGUs is as simple as separating the entity into distinct parts. A CGU gets its definition from cash inflows, so the division process should primarily focus on an entity’s sources of revenue and how assets are employed to generate its revenue. It will be necessary for management to consider how it monitors the entity’s operation through audit services (such as product line, business, location, district, or region) or how it makes decisions about continuing or disposing of its assets and operations.

Read also: How Audit Firms In Dubai Identify Combination Based On IFRS 3

In some cases, a Dubai entity’s management and design may not match its legal structure. The CGU might be an entity like a company, division, product line, geography, or physical location such as a hotel or retail store. This section explains how the lowest aggregation of assets generates independent cash inflows in different circumstances.

Under a contract with a municipality, a bus company in Dubai provides services on five different routes with minimum service requirements. Cash flows can be identified separately from assets devoted to each route. An unprofitable route is determined.

An Example of Identifying the CGU Is a Chain of Supermarkets

Entity A owns and operates ten supermarkets in a major city (City B), each located in a different suburb. The supermarkets in City B purchase their inventory from Entity A’s purchasing center. Entity A decides on prices, marketing, advertising, and human resource policies (except for hiring local staff at each supermarket). Also, entity A is responsible for 50 supermarkets located in other major cities across the country.

Is a CGU permitted to combine more than one store location? This question was given to the IFRS Interpretations Committee (IFRIC). In addition to shared infrastructures, marketing and pricing policies, and human resources.

According to the IFRIC, IAS 36 identifies CGUs primarily based on independent cash inflows rather than independent net cash flows, meaning outflows such as shared infrastructure and marketing costs are not considered. The IFRIC decided not to take this item on the agenda in March 2007, stating that it would be more of application guidance than additional guidance beyond that given already in IAS 36 on cash inflows being primarily independent.

Does The Output Have an Active Market?

Management and their audit team need to consider if an active market is available for an output when it has identified a group of assets that produce an outcome but do not generate largely independent cash inflows.

Practical Insight: Businesses That Are Vertically Integrated and A Market for Their Products

Vertically integrated businesses often have this problem. Some assets do not generate independently generated cash flows because their output is used internally rather than sold externally. Suppose the Dubai entity can sell the output on an active market. In that case, an asset (or group of assets) forms a separate CGU even if other Dubai entity units use part of or all of the output.

The Fair Value Measurement requirement in IFRS 13 defines an active market in which transactions occur sufficiently frequently and in sufficient volume to provide pricing information on an ongoing basis. Commodities like oil and gold can be considered active markets.

Enterprise X manufactures only one product in Dubai (widgets) and has three production facilities. These plants are in different geographical regions. A widget component is produced at plant one and then assembled in either plant two or plant three before being sold worldwide from either plant. There is no additional capacity in either plant.

Availability depends on how orders are shared between two locations for order fulfillment:

In estimating an entity’s cash inflows via an asset or CGU where internal transfer pricing would be applicable, a financial audit best estimates of future prices that could be achieved through a deal at arm’s length is used:

Unless the group of assets generates substantially independent cash inflows and there are active markets for its output, the group is not a CGU. To identify the CGU, the Dubai internal auditors must combine these assets with others contributing to the same revenue stream.

Units With Cash-Generating Potential That Have Changed

If necessary, CGUs for the same asset or asset type are consistently identified from period to period. Dubai companies should disclose additional information if a change in CGUs is justified

Changing The Structure of The CGU Based on Certain Triggers

A change in CGUs would not be justified by the examples provided by IAS 36. In general, such a change would only be appropriate if the entity’s operations have changed – for example, by engaging in different revenue-generating activities or utilizing assets differently. The typical reasons for a change might be as follows:

Changing Structure of CGU Over Time

It is not always driven by one specific event that justifies a change in CGU structure. The Dubai firm might start allocating orders to its different production facilities or use assets more efficiently to generate revenue. CGU changes are justified when cash flows produce independent cash flows, even when this cannot be attributed directly to an event. It may be practical to consider when management began changing how they review or assess CGUs.

What we can do

We hope that you find this article helpful in understanding IAS 36. Don’t hesitate to get in touch with Audit Firms In Dubai for any questions you have.

Umapathy Anuruthan, is a Senior Auditor at the firm, holds a Business Management Degree and carries with him an experience of 6+ Years, having worked in two of the Big 4 audit firms. He has a ‘hands-on’ understanding of external audits and financial reporting and is well-known for his approach to ensuring the highest quality and accuracy in audits for clients of numerous industries.

Our auditing firm is one of the best in Dubai, offering professional auditing services in the United Arab Emirates. To verify compliance with regulatory requirements, our Dubai-based specialist auditors perform a precise, comprehensive, and impartial audit. Using our professional audit services in Dubai will help you ensure that your business is following UAE laws, regulations, and accounting standards.

Scroll back to top